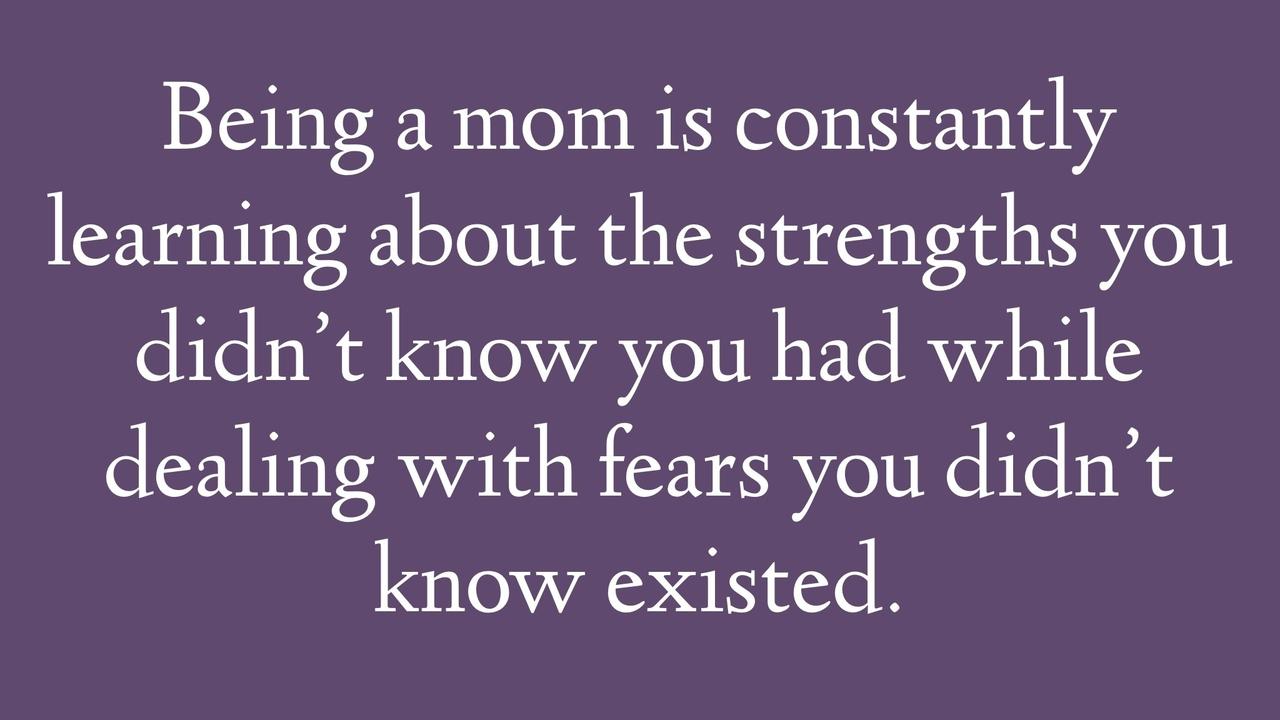 If you have paid even the slightest bit of attention when it comes to vaccines, then you have heard the phrase, “herd immunity”. Many people say this is why everyone needs to get vaccinated: to protect the immunocompromised within the herd! Herd = our population, by the way. Others believe herd immunity is actually a myth Big Pharma uses as a marketing strategy to guilt people into vaccinating. So, which is it? Fact or fiction? Can it be…both? Just like this coronavirus pandemic could be both a serious virus AND part of a manmade conspiracy plan of sorts? Sorry! Not here to discuss Corona…focusing…let’s discuss where this concept came from, what it means, and dig into some solid resources about the good ole herd immunity.

Where did the concept of herd immunity come from?

From my reading, it seems that herd immunity originated in 1923. Men by the names of Topley and Wilson conducted a rather small and rudimentary experiment with mice looking at the potential of herd immunity. They admitted their experiment was rather crude, and results could not be looked at conclusively, but warranted further research in this phenomenon of herd immunity. Then, came the first written epidemiological (studying health & disease patterns within a population) studies by Dr. A. W. Hedrich in 1930 and 1932. He was studying measles to observe if there was any rhyme, reason, or cycle to outbreaks and epidemics. He noted in his 1930 article, “On the basis of field surveys of various workers, it is inferred that approximately 95% of the children in cities suffer measles attacks by the fifteenth birthday. " Dr. Suzanne Humphries talks about his studies more in-depth here, where she shows how he discovered that diseases like measles came in cycles, but the population seemed to carry a natural immunity that had lifelong protection from it, resulting in natural herd immunity. I just want to note that 95% of people catching measles is a high percentage, right? Isn’t that a lot of people dying?! First, people contracting measles does NOT equal dying of measles…just because there is a vaccine for it, does not make it an absolutely deadly disease. That is the fear that the media and pharmaceutical companies have instilled in you with their marketing. The CDC shows that around 1912 is when they started trying to report illnesses, and gather information to look at trends of measles. At that time, there were about 6,000 deaths reported each year in the United States, and it doesn’t say out of how many. Then, in the 1950’s, more complete numbers are available, and it was reported that 3 to 4 million Americans contracted measles each year, and about 500-600 died. If we take the smallest number of the population, and the largest number of deaths, the death rate from measles in the 1950’s was about 0.0002%. The MMR vaccine was introduced and enforced in 1963. Interesting how the number of deaths per year from measles went from 6,000 to 600 even before the vaccine was introduced…almost like it was already declining because of other reasons.

So, what does herd immunity even mean? Is it real?

Well, that depends on which “herd immunity” you’re talking about. Short answer, yes, when talking about NATURAL herd immunity. Medically-induced herd immunity (via vaccines) is not as real and great as people want you to think. One reason I have found medically-induced herd immunity to be a facade is because many medical experts say that vaccines are 100% safe and effective, yet people vaccinated against measles, still contracted the disease in the 2015 Disneyland outbreak. Oh, and may I quiz you? Do you remember just how many deaths occurred from the measles outbreak? That’s ok if you aren’t remembering any…because the number was zero. This is why I encourage my Q & A with Pey clients to learn about the diseases and infections vaccines are supposed to protect against to do an accurate risk vs benefit analysis. Package inserts also show that vaccines are not 100% safe and effective because not everyone seroconverts (develops any sort of immunity).

Moving on, one of the next important papers in looking at medically-induced herd immunity was John P. Fox’s epidemiological paper in 1971 that looked at the basic concepts of herd immunity and immunizations. He was noticing that some people who were vaccinated were still contributing to the chain of transmission of some diseases. Ever heard of asymptomatic carriers? Pertussis is a good “vaccine-preventable infection” to look at if you want to learn more about this. At this point, many people argue that vaccines fixed everything by eradicating so many diseases that used to kill so many people! And to that I ask where have you read such studies? Because I have actually seen the opposite when following the trends of some diseases in American history. If you look at the graphs to the left, you can see that due to instituting hygiene practices, improving general sanitation of public areas, and understanding clean water, many diseases were already on a significant decline before vaccines were introduced into the CDC schedule. And you can see that diseases such as scarlet fever declined in the same way the other diseases did, even without a vaccine. You can find the full article, where the graphs came from, here.

Another point - asymptomatic carriers. I’m sure almost everyone is familiar with this as the media has made most very aware that some people are able to “carry” coronavirus without displaying any symptoms. Therefore, they are contributing to the spread of the virus without even knowing it. Here is another phrase you may have heard before - “viral shedding”. There are many people, including doctors, who will laugh and say this is not a real thing. I would then assume they have never read a package insert of a vaccination. Let’s use Rotavirus, a GI illness producing vomiting and diarrhea, for an example. The FDA-approved package insert for Rotarix has a section on page 4 dedicated to informing about viral shedding and transmission that is possible (with the peak of contagiousness being day 7 post-vaccine) from those who were vaccinated. This is a live oral vaccine, so this rule does not apply to every single vaccine, but do you understand how some vaccines MIGHT actually be doing more harm than good when it comes to the herd? Risk vs benefit, people.

But what about the young and old???

This is often a question that comes up when discussing herd immunity as well, as it should! Protecting the young, old, and immunocompromised is an important part of being a community. Let’s look back at A. W. Hedrich’s studies. 95% of the population was getting measles before 15, which was giving most of them lifelong immunity. The lifelong immunity comes from repeat exposures, where one of the first exposures typically results in illness, then through that illness, a healthy immune system develops immunological memory. This memory allows the body to remember that specific pathogen (such as measles), and fight it off in subsequent exposures without you ever knowing you were exposed. This re-exposure is why vaccinations require boosters - they are trying to mimic the strengthening of natural immunity through re-exposure, but artificially. One key difference is the strength at which you gain immunity. Natural immunity has shown to provide lifelong immunity in some instances because you are exposed to the fully live pathogen. This doesn’t happen with every illness you ever contract, but it does for many.

Vaccines, depending on which one you are receiving, are either live (but attenuated = weakened), inactivated, or subunit vaccines (containing only dead fragments of a bacteria/toxoid). Because of the varying types of vaccines, there are varying levels of efficacy. Back to rotavirus, this is a live oral vaccine. Oral is better than injection, in my mind, as it is closer to how you would actually contract the virus vs being injected with any of them. But, if a baby just received their Rotarix vaccine, then went to spend the day with elderly grandparents, other babies, and maybe even people with compromised immune systems, is that really protecting them? Remember that viral shedding I discussed earlier? Some would argue that people should be informed to stay home for up to 2 weeks post-vaccination for certain ones due to viral shedding in order to protect the herd, but will that ever happen? I would be shocked.

Another thing to consider is the different lengths of immunity provided by the different vaccines. The MMR provides immunity that varies in length since you’re being protected against three different diseases. The measles portion apparently gives you lifelong immunity, mumps gives about 10 years of waning (disappearing) immunity, and the rubella part of the vaccine gives about 15-20 years. I said apparently when mentioning lifelong immunity from the measles portion of the MMR vaccine because the vaccine has only been in use since 1968. The CDC has only been enforcing the 2-dose MMR schedule since 1989, so there are a number of adults walking around, who are not fully immunized and protected against measles per the CDC’s recommendations. Where are their boosters? I would like to see their titers checked to actually ensure that this vaccine does provide lifelong immunity.

This waning immunity or lack of lifelong immunity could stem from the way vaccines interact with our immune system. I won’t get into too many details, but vaccines typically bypass the portion of our immune system called innate immunity, and directly attempts to stimulate the adaptive immunity. It’s like the innate immune response is the Infantry men who perform recon, get rid of the most obvious enemies, but don’t really have a specific mission other than kill the enemy to protect the body. The adaptive immune response is like a special ops unit (can you tell I’m an Army brat?) that takes the recon information, processes it, comes up with an intricate plan of attack, then annihilates the enemy with the precision of a sniper. Skipping over a phase of the immune response, can really throw a wrench in things, which I can discuss in a later post, but I digress. Some hypothesize that skipping through phases of the immune response weakens the overall immunity to a disease. And because most vaccines have weakened viruses and bacteria, the manufacturers put aluminum in the vaccines in order to stimulate the immune system to a level that is supposed to be similar to if we were actually infected - which it is not. And aluminum is a whole other issue that I explain here.

I could continue on and on, but I fear that I would be venturing into writing an e-book as well as boring you! In summary, I hope you found this to be a helpful overview in why medically-induced herd immunity is really not as great as the medical community claims it to be. I have linked additional resources at the bottom, to hopefully aid you in continuing your personal research, if you wish to do so. If this is overwhelming to you, then I truly apologize, and suggest maybe starting with my guide of 5 Questions to Ask Yourself Before Vaccinating. If you already have that, and still have more questions, then my Q & A with Pey is a safe, judgment-free zone to get answers to any and all questions that I possibly can provide. As always, let’s do our best to keep health simple as we do our best with open minds.

*DISCLAIMER: I am not writing this as a medical professional, nor am I giving professional or personalized medical advice. Please consult with your healthcare provider before implementing or making any changes. 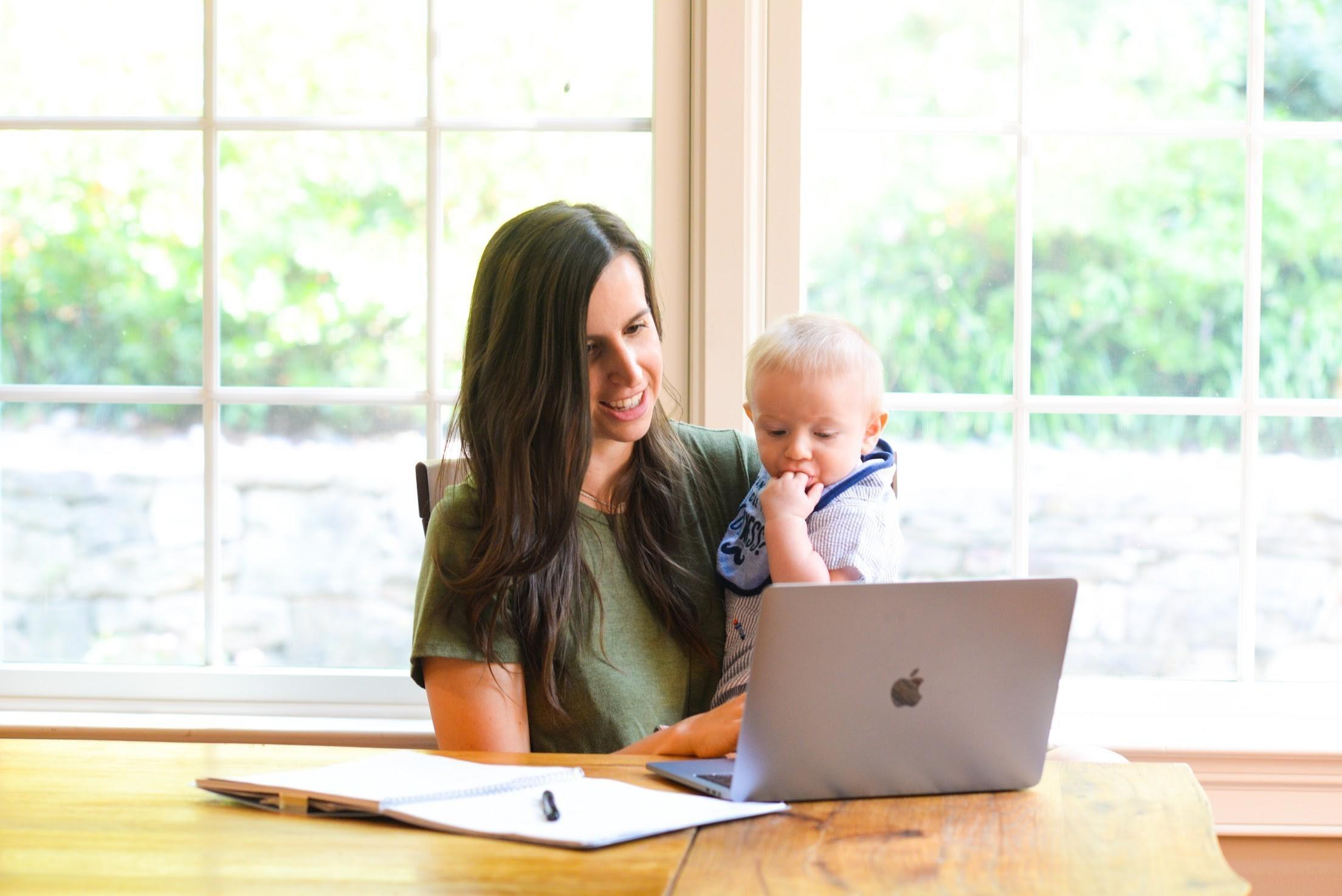 The Loving Health Newsletter sends info on women and family health straight to your inbox so you don't have to go searching.